I’m currently in the middle of creating my entry for js13kGames. js13kGames is a contest, where the rules are that you create a game using JavaScript and Canvas, while keeping it under 13 kilobytes. This includes all assets as well. While we are supposed to zip our entry, this is a huge limit. For example, here’s a comparison between a few popular libraries: 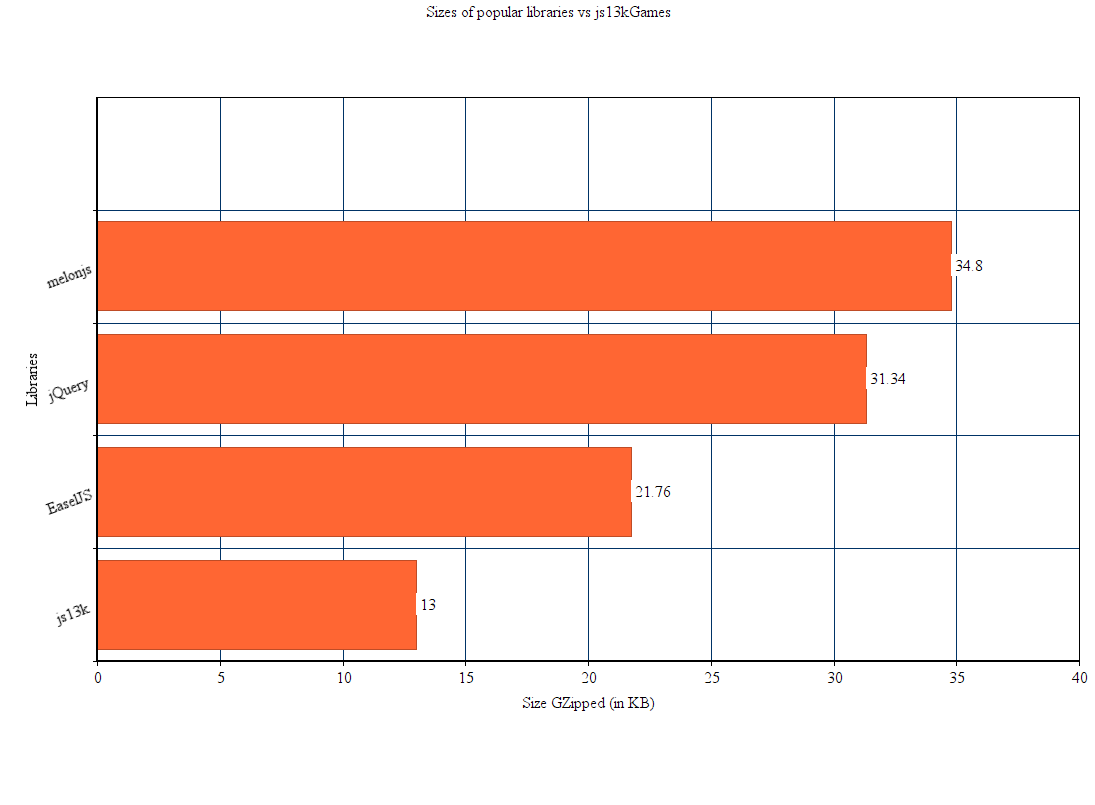 EaselJS and melonjs are both 2D frameworks for making games in Canvas. They’re both far larger than 13KB, and there’s no way I can fit them into my game.

I can’t use Fonts either, Open Sans Normal when GZipped is 15.2KB! So when I’m working on my game, Gray, I realized I needed a way to add a font that really fits the game. I then decided to make the game’s art style Pixel Art (after being inspired by /r/pixelart), and figure out a way to create a lightweight font. That part was pretty easy actually, because I figured out the perfect way to do it immediately. 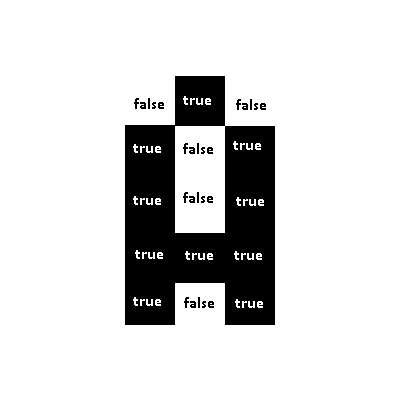 However since I need to minify this as much as possible, I did a few things

(Ignoring the fact that I didn’t GZip it or minify it, the size in bytes went from 136 to 79!) I then wrote up the rest of the letters, and it looked a little bit like this:

I didn’t do lowercase letters, characters, or numbers besides 0 and 1 (if you want to make these, I’d love to see them!) So after doing the bulk of the work, there’s only a few things left I needed to do. The first of these, was getting the letters I needed:

After that, I just need to draw the needed letters:

And we’re done! You can check it out on GitHub, or check out the demo!